Recommended equipment, not part of the kit

* - Depends on the equipment used;

** - Weight of the components depends on the color and the presence of stripes: dark colors are lighter, yellow is the heaviest; 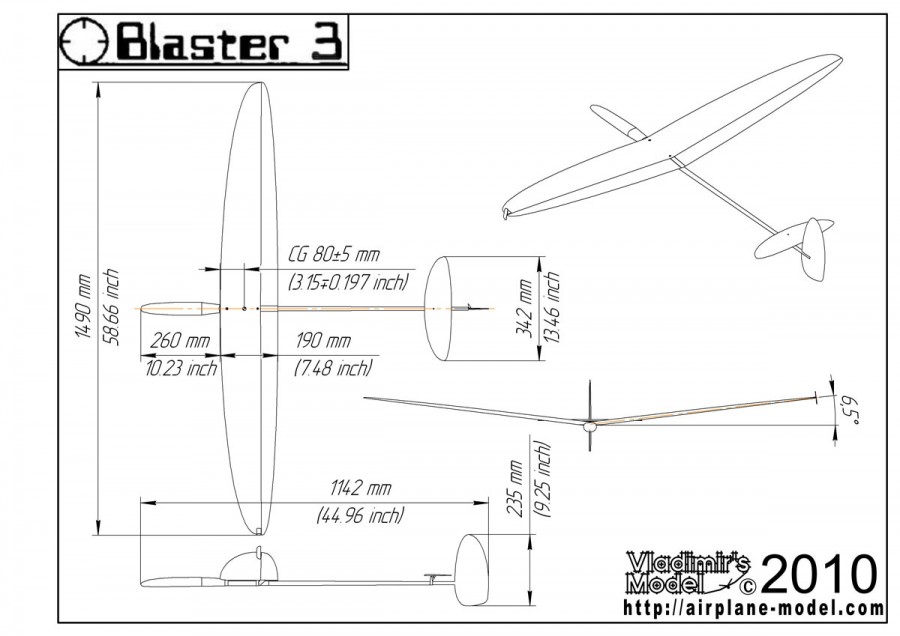 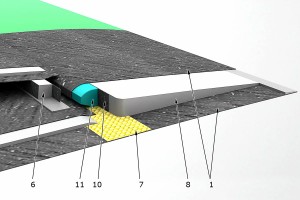 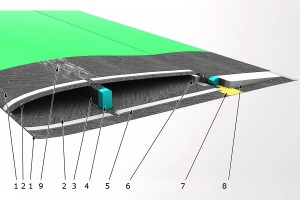 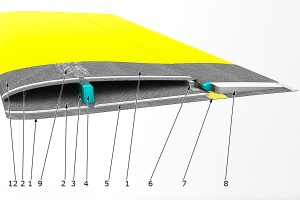 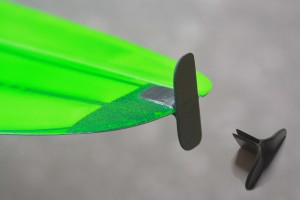 The Blaster 3 wing is being constantly modified. Here one can see the current (up to date) configuration of the wing.

Blaster 3 SC wing suits perfectly both for calm and windy weather. This wing has a total weight of 127-133 grams (depending on color).

We use Carboline SC_26_2/45 fabric for outside layers and Carboline SC_26_2/30 - for inner layers. This allows to obtain very strong and lightweight parts. Due to rigid wing skin the model can be launched 10% higher and is very sensitive to ascending currents. Due to the fact that regular wing Blaster 3 lighter than the previous version of the glass Blaster 3 light wing.

There are two features differentiate of Blaster 3.5 regular:

The rigid skin helps to save plane after collisions of the planes in the sky or after rough landings. Igor Butseroga noted that due to extra wing rigidity he has increased stability and height of launch.

The rigid skin helps to save plane after collisions of the planes in the sky or after rough landings. Blaster 3 wing perfectly suits for windy weather.

An icing on the cake makes a convenient launching handle located at wingtip of Blaster 3. You can grind it a bit to make it more comfortable for your personal grip. Then just mark the place where you want to locate it and glue the handle with liquid cyanoacrylate (Super Glue). 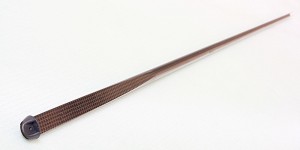 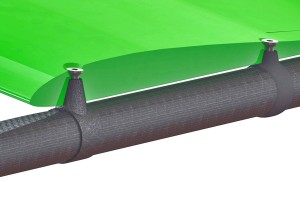 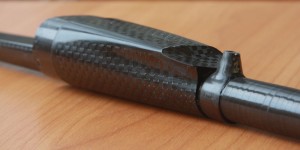 The fuselage Blaster 3 represents a seamless carbon construction and radio transparent kevlar nose cone. The fuselage of the most collected. You just have to glue the servos, rudder and to rods.

For the first time, the fuselage does not consist of a separate nose and tail boom. The unique single piece design saves the weight while yielding a stronger structure. The new full length CF tube transfers the load of the ground impact without stressing the nose cone. The wing is attached directly to this tube.

The new wing mount employs the cone shaped mating surfaces, which securely locks the wing on the fuselage even with lightly torqued fasteners. In addition to that, the high stresses of the launch are spread over the large cone surface instead of crush prone bolt holes. The main front mount is made from a high strength carbon fiber with an embedded aluminum washer.

The front cross-section of the wing pylon, where the nose cone slides on, is non-circular. This prevents the nose cone twisting by wind gusts, while you are holding the plane by its nose. Inside the pylon comfortably accommodate a receiver, or battery, depending on the chosen center of gravity.

With the nose cone removed, you have an unobstructed access to all the RC gear. This greatly reduces the complexity of the servo and battery mounting, when you are building the glider.

The design offers well thought provisions for extra ballast. Inside the fuselage tube just under the RX, there is a special ballast fixing part, which adds only 0.6 g (0.02 oz) to the total weight. 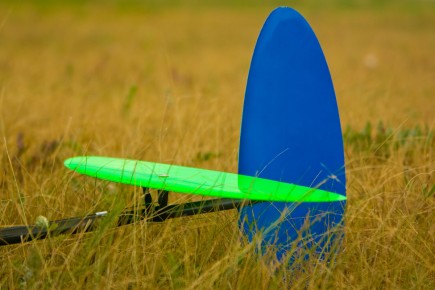 We changed the length of the beam and the surface of the stabilizer. Thus, we have improved handling and stability when the model turns. The stabilizer and fin are traditionally molded in the most accurate forms of aluminum, as well as a structural foam core is used Rohacell. 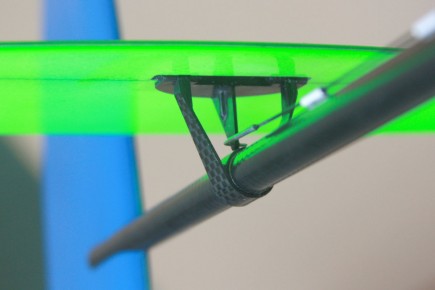 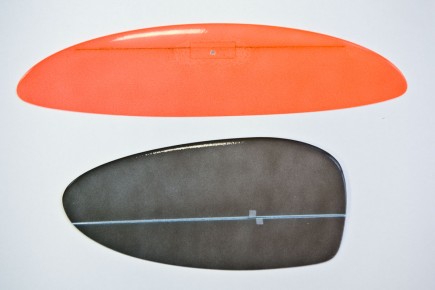 Blaster 3 regular and Blaster 3 strong new in 2014. Applying Carboline fabrics could make a light wing construction is extremely tough and rugged. Due to the increased stiffness launch of the model was significantly higher.

The light version of the Blaster 3 - regular wing allows you to win in light wind  and a lack of thermals conditions.

Blaster 3 is a long-awaited successor of the award winning line of 1.5m DLG from Vladimir's Model. Blaster 3 is a revolutionary step in development of DLG design based on the experience gained in development and manufacturing of the first two Blaster versions. It meets all the requirements for a competition level glider, while being suitable for intermediate and even inexperienced pilots.

Blaster 3 is designed in CAD from the ground up. It combines unique design, the latest composite materials, the state of the art manufacturing process and careful manual composite layup. Blaster 3's visible simplicity hides its structural sophistication.

Thanks to the advanced aerodynamic design by Dr. Drela and extremely streamlined fuselage, we have developed a uniquely controllable, fast, light, and strong glider with excellent penetration ability.

* - Depends on the equipment used;

** - Weight of the components depends on the color and the presence of stripes: dark colors are lighter, yellow is the heaviest;