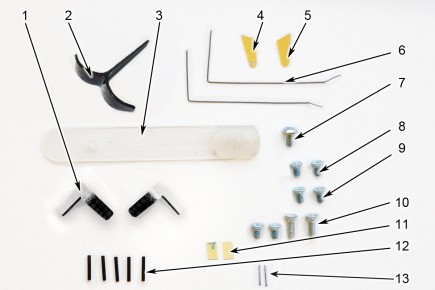 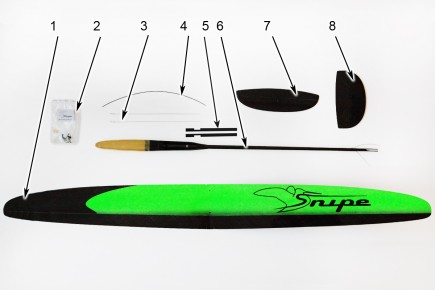 Options for equipment selection and placement to obtain the correct CG

BLASTER 3/SNIPE Ballast 60g
Specially for you we make ballast for Blaster 3 weighing 60 grams. In the complete set you receive cargo on a textolite basis, a PP clamp and screw M3. All you need - is to connect the lock and load with duct tape in the area ...
more info Buy 18,00 €

BLASTER 3/SNIPE Ballast 85g
Following your numerous requests we make a heavy ballast for Blaster 3 weight 85 grams. The collected ballast is simply inserted in front of a fuselage into a nasal emphasis on a beam. Insert it while the carving aperture in a ballast clamp will not coincide with an aperture on a nasal emphasis, and then fix screw M3...
more info Buy 18,00 €

SNIPE Protection Bag
The Wing Bag sewn from polyethylene foam laminate protection fabric. At it is printed logo Snipe and velcro to secure the cover on the wings. You have a great opportunity to ensure safety of your models during transportation and protect them from ultraviolet radiation
more info Buy 49,00 € 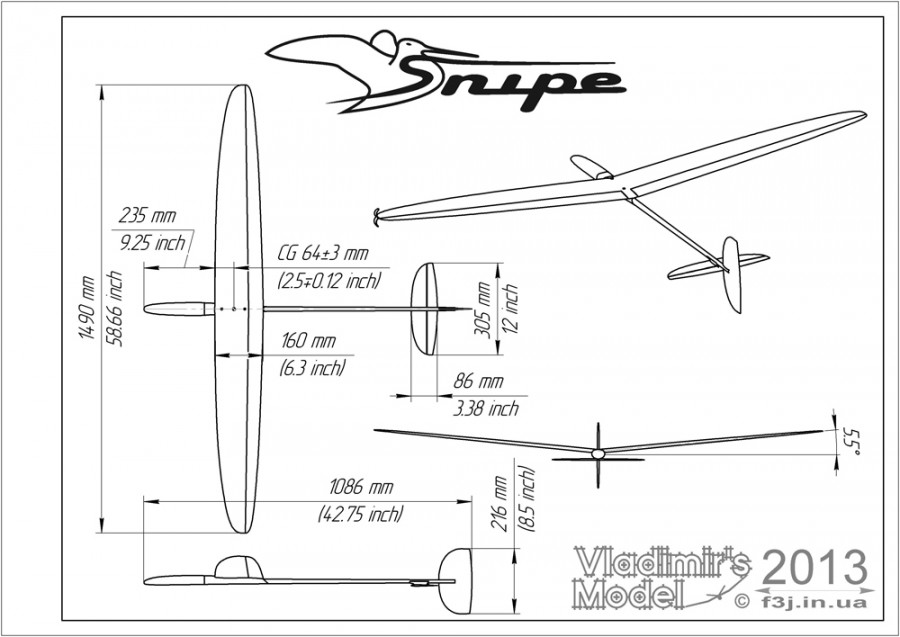 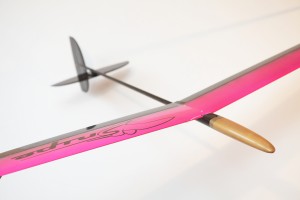 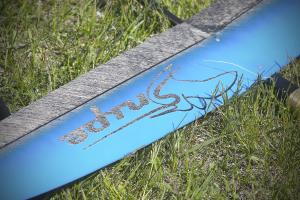 Joe Wurtz had worked for many years to obtain the perfect DLG wing aerodynamics and came to the conclusion thatthe use of thin profiles is needed, especially for the aileron part of the wing. Analysis of the traditional sandwich and even unitized constructions showed that such wing is not enough rigid and durable. Completely new solution was required.

We managed to integrate the carbon I-sidewalls into the Rohacell core (Fig. 3.11). The spar web significantly increased its rigidity and protects the spar from delamination under high load at start. The aileron web closes the circuit (which bears torsion load) and makes a very thin aileron extremely rigid. Rohacell core made with CNC precision, andskin made from thin carbon fiber fabric Carboline 39 g/m ² provide light weight, rigidity, strength and accuracy of the wing.

A special feature of Snipe Light is the use of ultralight carbon fabric Carboline 26 g/m², significantly reducing weight ofthe wing.

The lightweight version of the wing of Snipe Light will allow you to win in light wind conditions and without thermals.

This perfect design is complemented by a convenient and secure mounting of the wing to the fuselage tail boom. Conesettling surfaces ensure reliable operation of the mounting units. 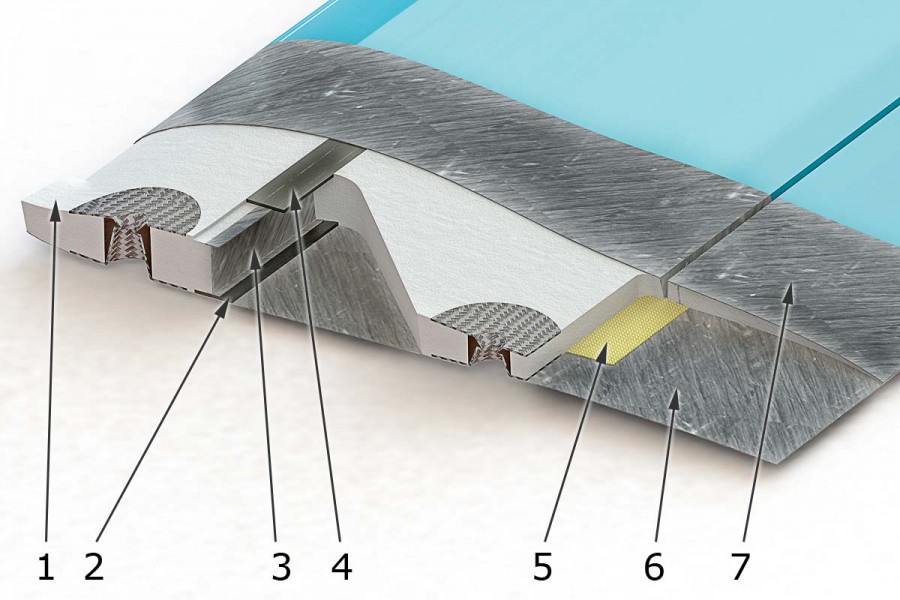 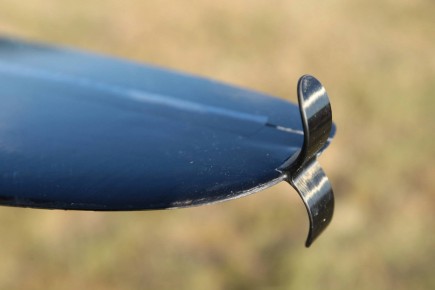 A significant advantage of Snipe is the high launch, which is very easy for the pilot (no need to strain the hand andfingers when throwing). The throwing peg centers fingers well during repeat fast throw of the model and has a lowaerodynamic drag.) 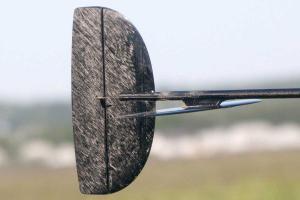 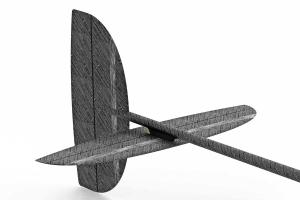 New state-of-the-art airfoils and fin shape are optimized by Joe Wurtz for high launch height and perfect controllability. Apart from geometry and weight the new fins also benefit from increased strength due to utilization of Carboline and Rohacell core.

Upper and lower parts of the fin are symmetrical, which results in considerably lower torque loads on tail boom. Due to asymmetrical fin profile by Joe Wurtz longitudinal oscillations fade away quickly after launch.

Snipe fin is the same for right-handed and left-handed pilots. Just pay attention during the assembly, the fin can be mounted into the slot in the fuselage with both sides, depending on the fuselage type. Yes, we produce two versions of fuselage.

New stabilizer with elevator has significantly increased rigidity of whole control system. The stabilizer is mounted on the pylon beneath the tail boom. This allows to use torsion bar and cable rod, which results in weight reduction and absence of backlash in control system.

The fin and stabilizers are shipped preassembled with rudder and elevators already installed. Horns for cables are included in the kit. 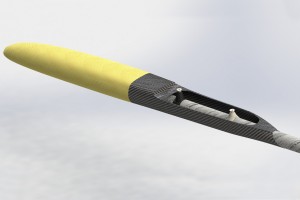 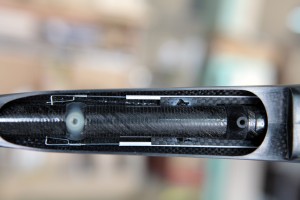 Snipe fuselage is a one-piece carbon beam with radio transparent cap made of kevlar and built-in wing mounting rings.

Snipe beam is made of high-modulus carbon strengthened with two layers ofCarboline ±45° that take torsional and impact loads. The beam is notable for its increased strength, required for high launches and durability for rough landings.

The wing is attached to two rings that belt around the fuselage beam. Conical mounting surfaces define wing position explicitly and are good at transferring the load to the fuselage.

Wing fillet cross section is not circle-shaped in the place where the wing is joined with the cap. Now you can hold your plane by the cap not being afraid that a sudden puff will twist the plane. The pylon can comfortably accommodate receiver or battery depending on the centering you choose.

Stabilizer pylon made of carbon is glued under the tail boom. Elevator horn is elegantly hidden in the pylon slot. There is a groove inside the pylon for the elevator cable.

Snipe fuselage is shipped pre-assembled with cables already drawn. You just have to attach the fins, install servos and wing pushrods.

Please, pay attention, we produce two versions of Snipe fuselage. There are versions with fin slots for right-handed and left-handed pilots. 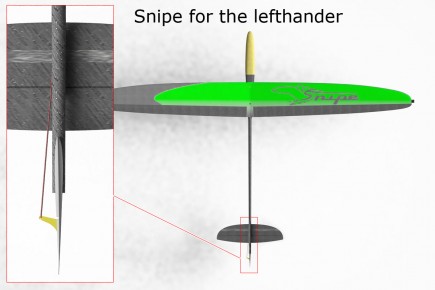 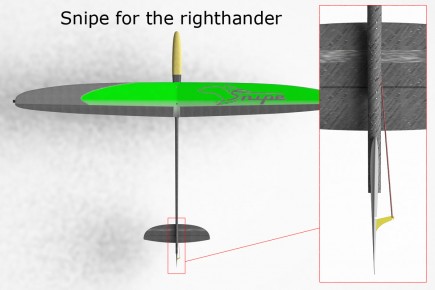 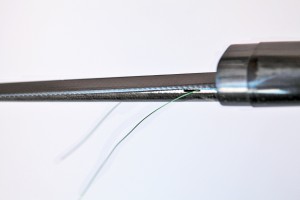 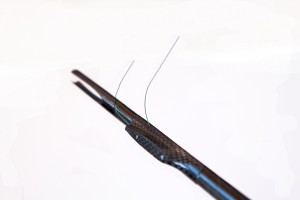 Ballast installation, mounting and position adjustment are well thought-out. Inside the beam under the receiver there is a special part weighting just 0.02 oz that fixes the ballast inside the beam. There is a rib inside the tail boom to hold the cables closer to the upper part of the fuselage.

Cabling with torsion bar is one of key advantages of Snipe. Due to this system the plane is more lightweight and backlashes are minimal. As a result the behaviour of the model in the sky is more confident, control of the fins is as effective as it could ever be, and all this provides you more positive flight experience.

The model is shipped with all cables preinstalled. All you need is to hook up the rudder and elevators to the control cables.

When the cap is removed you have an easy access to all on-board hardware. Due to this design it is very easy to install the hardware when assembling the model.

Location of all the servos inside the fuselage helps to perfectly balance the plane and allows to attain higher rigidity and minimal backlashes of the aileron control system even compared to the RDS technology. 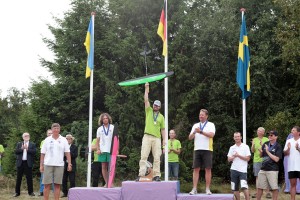 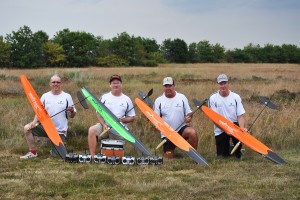 Using his knowledge of aerodynamics and due to many years of sport experience the multiple World Champion Joe Wurtz created a unique glider, which has the advantages in all phases of flight: very easy and high start, quick climbing in thermals, extremely low sink rate in dead air, as well as perfect penetrating.

Careful analysis of all glider elements functioning and the two-year improving of flight performance and construction of absolutely all parts of the model have led to great success already in the first competition — F3K World Championship 2013 in Denmark. 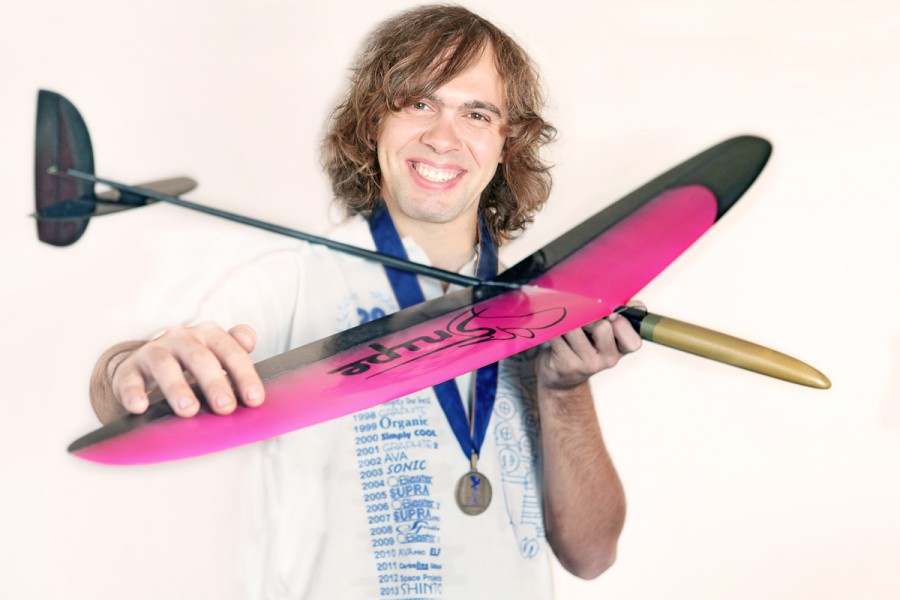